NEWS
TECHNOLOGY
EVENTS
ABOUT US

Bryce Menzies is currently on a roll.

The SCORE San Felipe 250 is known as one of the toughest off-road races in the world. This year, 35 participants drove their trucks along the 280.2-mile desert route through San Felipe in the Mexican state of Baja California. It was the first of the four-race 2021 SCORE World Desert Championship.
"This year's course in San Felipe was brutal," said Bryce Menzies. "We encountered some of the biggest bumps we have seen - including massive rocks hidden in the soft sand. Having the confidence to go as hard as we could without getting a puncture is why we won the race," Menzies said.
Bryce Menzies is currently on a roll, having already won the 2021 Toyo Tires Desert Challenge this year, and he also qualified first in the 34th SCORE San Felipe 250, starting from pole position. The 2019 winner, Andy McMillin, finished just 7 minutes behind Menzies. Alan Ampudia also drove a strong race and finished 4th.
Menzies, McMillin and Ampudia relied on the quality of Toyo Open Country M/T-R tires. "This was an incredible performance for Toyo Tires with Bryce Menzies taking the win; Andy McMillin in third; and Alan Ampudia in fourth," said Stan Chen, senior manager, events, sponsorship and motorsports at Toyo Tire U.S.A. Corp. "Our Toyo Open Country M/T-R tires have proven to provide the performance and reliability that off-road racing demands to be successful." 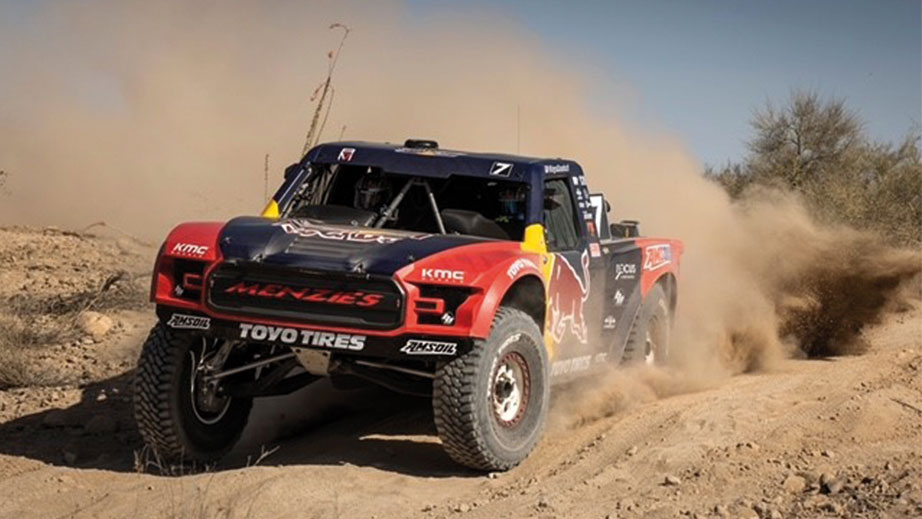 “I am familiar with the company’s capability in creating tyres that performs well on the track, which also translates to the tyres the company produces for consumers on the road."

"I am certainly eager to work closely with Toyo Tires...since I think the motoring public should learn more about the company’s product offerings that covers almost every motoring needs.”

"…lucky for me that my partnership with Toyo means that I drive on a very good performance tire …
... on all temperatures the tire is very consistent which is very important for me when I’m doing that stuff...
…the tire that we use for sliding around on roads like that really works well from the beginning of the wear to where the tire’s almost destroyed... "

"...it truly is a better tire than any of the competitive manufacturers off road tires in all areas that you would need a tire to perform well at, and I know that from experience. You know the proof is here, I’ve won several championships with the tires and I’m the only person to win two consecutive Baha 1000s."